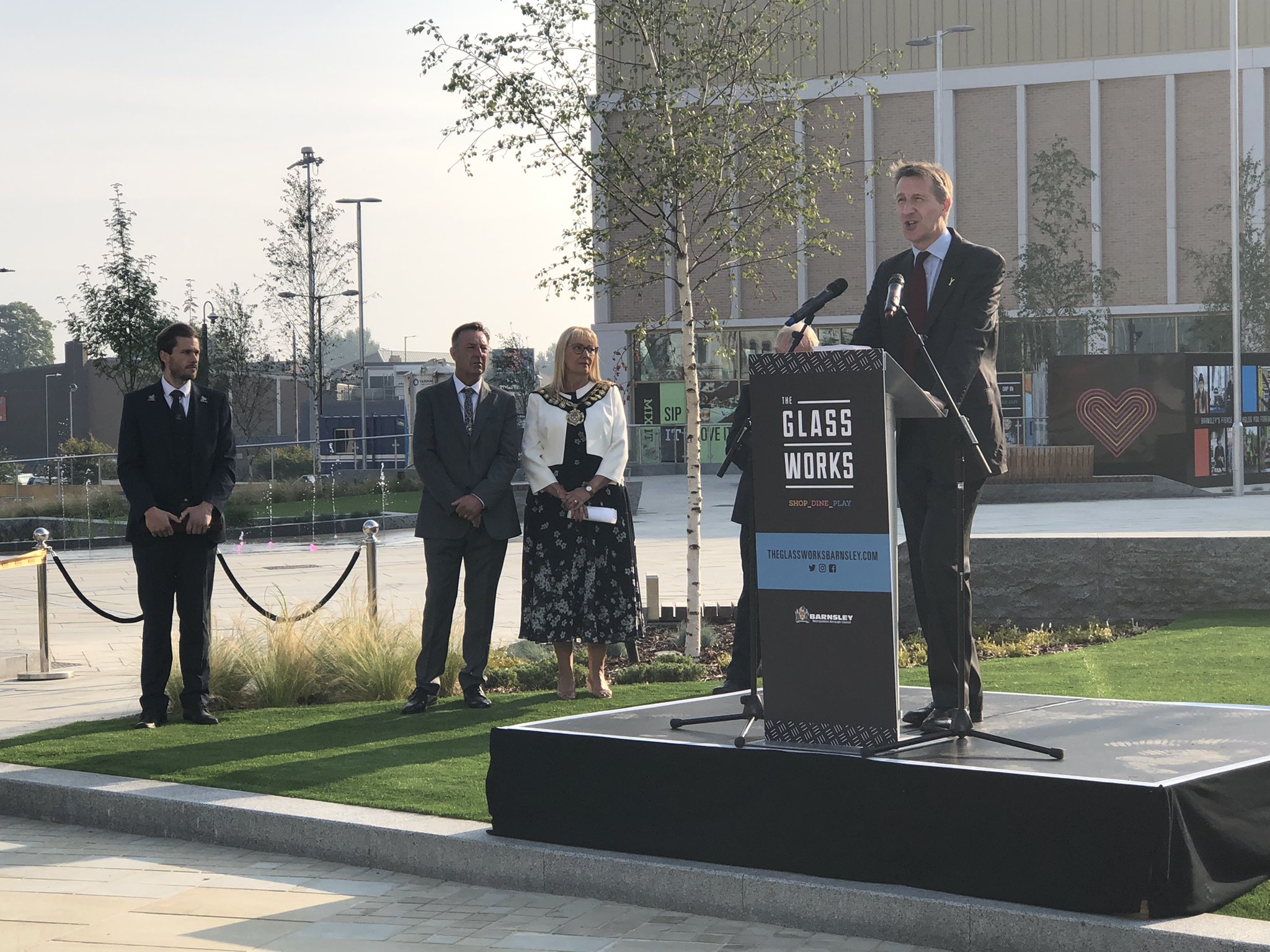 It is a huge pleasure and a privilege to join you today at the official opening of the next phase of the Glass Works – and to see the future of Barnsley town centre take shape around us.

“Holocaust Memorial Day provides us with an opportunity to remember the victims of the Holocaust and genocides which have taken place around the world.

It is also a vital opportunity to reiterate our commitment to stand firm against antisemitism, racism and bigotry.

A Challenge Across Generations - Speech to A-Level Politics Conference

One of the great privileges of serving as an MP is to get the opportunity to be a part of days like today, and to hear from young people such as yourselves.

The Patriotic Choice for a More Secure Britain

I want to begin by thanking Siobhain for her welcome. Since 1997 she has served as MP for Mitcham and Morden, working tirelessly for her constituents and it's a great pleasure to be in her constituency today.

I would also like to thank Ross Kemp for his kind introduction. We are particularly grateful that today you have joined this campaign.

Demos speech: By the North, For the North

On Monday 30 November Dan addressed the annual A-Level Politics Conference at Westminster Central Hall. The conference was an opportunity for students to hear from a variety of figures from the world of politics. Dan talked about what brought him into politics and some of the great politicla challenges facing their generation.

Here is a copy of his speech..

On Thursday 5th November Dan took part in a debate on remembrance at the Oxford Union.

The debate was on the motion 'This House would not wear the Red Poppy.' Below is Dan's speech against the motion, closing the case for the Opposition. The motion was defeated by 241 votes to 93.

In April we were saddened by the passing of Lord Roy Mason - Barnsley's former Member of Parliament and one of the last surviving Cabinet Ministers from the Harold Wilson and James Callaghan governments.

Roy Mason was coal miner who became a Labour MP for Barnsley (and then Barnsley Central) from 1953 to 1987. During this time he held several ministerial positions, including Defence Secretary and Northern Ireland Secretary.

On 5th June a speical service was held in his honour in Barnsley. Here is a copy of the speech Dan gave in his memory:

Earlier this year I won the chance to introduce a Bill into Parliament on any subject of my choice. It marked the start of my campaign to strengthen the National Minimum Wage and make work pay. You can read my Bill in full here.

On Friday 28 November my Bill was scheduled for discussion in the House of Commons. The debate never took place however because two Tory MPs - who have both previously campaigned to undermine the Minimum Wage - spoke for over two hours to sabotage a seperate debate on a bill to tackle revenge evictions. This sadly meant there was no time for my Bill to be considered.

My Bill will be scheduled for debate in Parliament again in the New Year. With the Tories having blocked its progress today though, the Bill now has virtually no chance of becoming law.

Had I had the opportunity to make my case, this is the speech I would have made:

To keep up to date with my work, sign up here.