A visit to Secret Garden Sure Start Centre in Barnsley

I visited Secret Garden Sure Start Centre in Barnsley yesterday and heard from just a few of the thousands of families under pressure across the country. 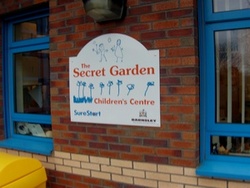 From cuts to Sure Start funding to cuts to tax credits, families are getting a raw deal from this Conservative-led Government. Children and families are bearing the brunt of the Tory-led Government’s cuts and I think it’s important to take a stand.

The Conservative-led Government's cuts mean that across the country Sure Start centres are under threat and David Cameron has broken his promise to protect them.

The Tory-led government has cut Labour’s grants to help children and young people in Barnsley by a quarter. Yet despite this, your Labour council are protecting Sure Starts next year.