Last week, I led a Parliamentary debate on flooding preparation in Yorkshire, where I set out the plight of the residents of Lundwood, Fishlake and Bentley that were battered by last November’s floods. I’ll never forget the harrowing scenes of visiting Lang Avenue – as I’d done so often in the past – and seeing residents who had had their homes damaged, their possessions destroyed and their hopes of a peaceful Christmas washed away. Nor will I forget the pain of an 83-year-old woman, who had only recently lost her husband, as she contemplated the prospect of her family home under water and her home insurance cancelled through no fault of her own.

We are used to seeing aerial footage of places under water, of our incredible emergency services supporting those in need, of scenes reminiscent of a disaster movie. But we don’t always see those very human stories of the impact that flooding has on people’s lives. The waters subside and the media circus moves on, but those left behind are left to pick up the pieces – and are sometimes still doing so a year or more on. The warm words and promises from politicians visiting in the midst of a General Election campaign ring hollow when it takes months of badgering to hold them to those promises. Too often it appears that communities like Lundwood, Darton, Low Valley, Kilnhurst, Dinnington, Fishlake, Bentley, Meadowhall and so many others have been forgotten by central government.

The Government promised that a Yorkshire flooding summit would take place in the aftermath of last November’s floods. That was 11 months ago. Last week – and only after I had secured the debate in Parliament – did the Department for Environment, Food and Rural Affairs (DEFRA) finally give us a date for a South Yorkshire flooding roundtable to take place this week. It’s better late than never, but our local communities have waited for far too long. There remains uncertainty as to who has actually been invited to the summit and whether it is Yorkshire-wide or just South Yorkshire. Like with so much this Government does, the commitment to a summit is overdue, ill-thought through and fails to support those on the ground with the fingertip knowledge and understanding of the problem.

Here in South Yorkshire, I’ve developed a plan to rebuild our flood defences, and put natural flood management and mitigation measures at the heart of our economic and spatial planning. It is a fully costed, credible and affordable plan that would protect 10,300 homes and 2,800 businesses across South Yorkshire and would save £1.7 billion in avoided damage alone. But, to put it bluntly, we haven’t got the resources to put that plan into action without the support of central government. Although they have promised to spend over £5 billion on flooding prevention around the country, South Yorkshire has received a drop in the ocean, whilst more prosperous areas have got the funding they need. That’s why I used last week’s debate and the flooding summit to push the Government to fully back our flooding response plan and provide an exceptional uplift – along the same lines as that provided to North and West Yorkshire in the aftermath of the 2015 floods – so that we can deliver the work our communities desperately need.

We all know that we are facing an incredibly difficult and challenging winter with the Coronavirus crisis. The impact of further winter flooding on those who have already suffered so much would be unimaginable. That’s why I’m urging the Government to act now: because winter is coming. 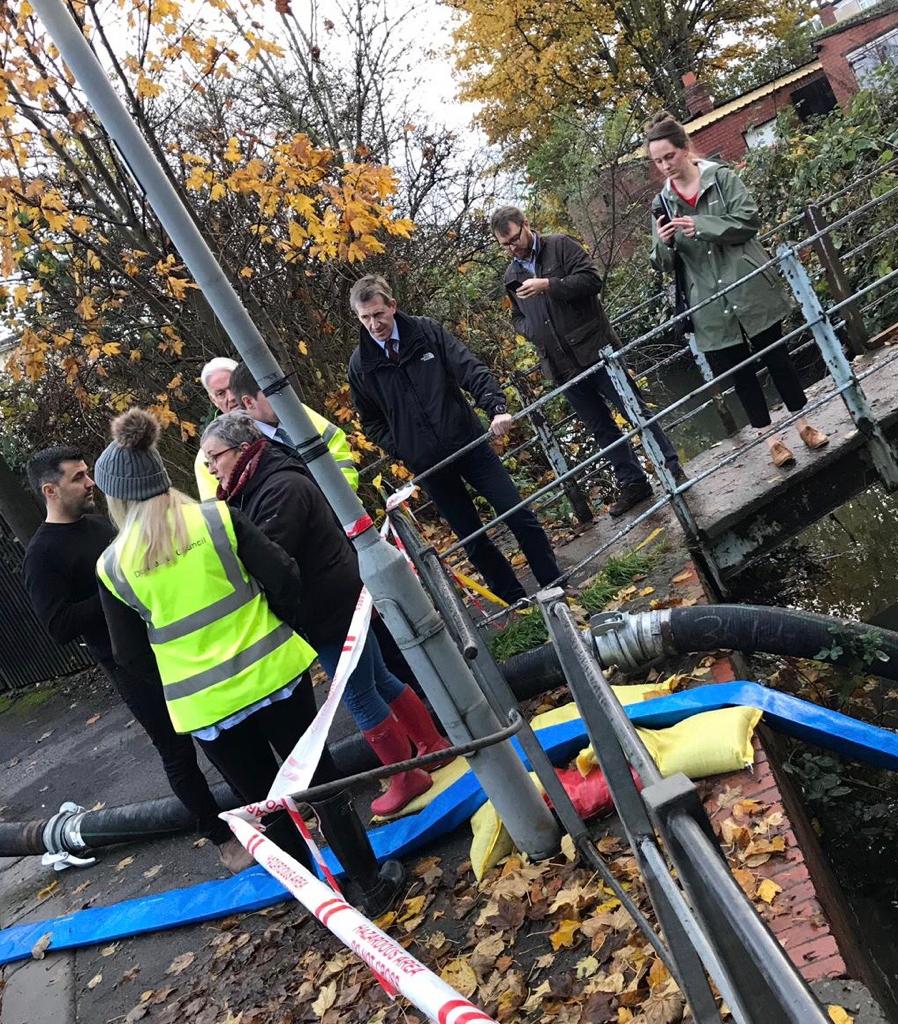