Friday morning saw an early start in the constituency office, catching up on casework and correspondence before heading to the Pupil Referral Unit, based at Darton College.

This was a fantastic visit; pupils based at the unit spoke about the things they like, and things that could be better, about Barnsley. They then grilled me, just as tenaciously as Paxman would, about a diverse range of subjects, from national and local government to being in the army and meeting the Queen. I really enjoyed the time I spent with the young people and staff at the unit and hope to work with them in the future. 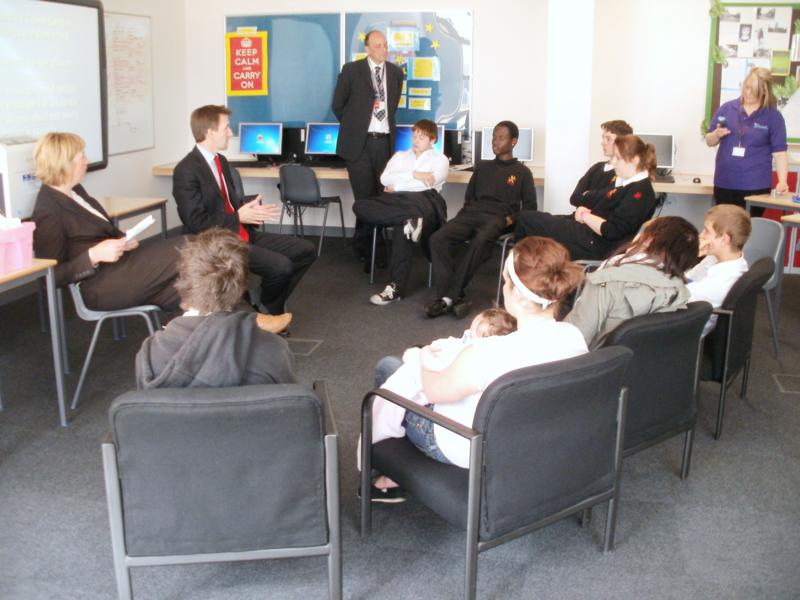 Immediately after this visit, I was able to meet with Sharon Rossides, the Head Teacher of Darton College. Sharon has one of the best Principal’s offices I have ever seen – it affords a view over the whole internal area of the school. Sharon and the team at Darton College have worked hard to improve the school and have done a great job in getting it out of special measures. The building itself provides an incredible environment for learning and developing the potential of our young people.

After a brief stop for lunch at Y-Pas Chippy in Kexborough, it was on to St Michael’s RC & C of E High School in Athersley. The Head Teacher, Simon Barber, had invited me to participate in a Question Time style event, with the Year 10 Citizenship students. James Hockney, who was the Conservative Candidate in the by-election was also attending, so the pupils could ask questions and have answers from two party perspectives, and witness a bit of friendly political debate. The event was also to coincide with some of the coursework they were doing on knife-crime.

It was a very successful event and the pupils did an excellent job. They were engaged, mature and articulate; I was very impressed with them. 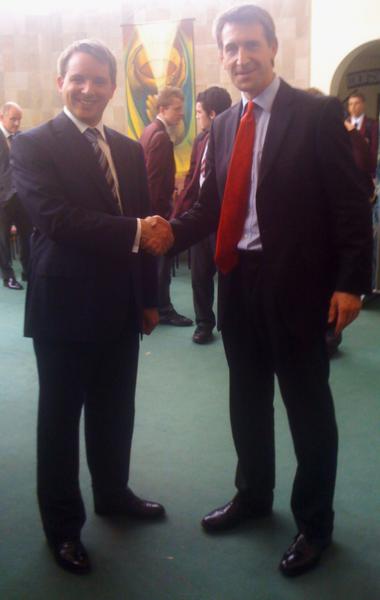 As it was the last Friday of the month, there were another two, important engagements to attend. The first being my monthly advice surgery at the Central Library in Barnsley town centre. I run this surgery every month, in addition to surgeries with the Councillors in local wards. The surgery is always fully booked and last Friday was no exception. Constituents come to me with a wide range of issues, so no two surgeries are ever the same.

On Saturday morning I was filming with Channel 4 for their ‘Political Slot.’ We were very grateful to Foster’s Bakery and Pollyanna for being so accommodating and allowing us to film on their premises. I met some of the apprentices that are learning their trade at Foster’s and discussed with Rita Britton, at Pollyanna what the government can do to make life easier for small and medium enterprises, such as hers. The film is scheduled to be broadcast on Sunday 17th July, immediately after the Channel 4 Evening News.

This Saturday was Armed Forces Day and my thoughts were with my former colleagues and friends serving abroad. Our Armed Forces do a fantastic job and as I said in PMQs, they truly are the lions of our country. Next week in Westminster, I’ll be continuing our campaign to ask the government for a New Chapter on the Strategic Defence Review which recognises the continuing and evolving pressures our troops are under.