My constituency work began last week on Thursday evening; I was delighted to have been invited to the Barnsley College Excellence Awards, at the Metrodome. The arena was packed with hundreds of people and the Metrodome staff and students did an impressive job of serving dinner to so many.

There were some top class performances by students, displaying an amazing array of talent from Rock to Opera and comedy to dance. The main purpose of the evening however, was to celebrate the excellence and achievements of the college students and staff.

Awards were presented to students who had achieved excellence by performing extraordinarily well in their studies; we also heard the truly inspirational stories of students who had overcome adversity in order to achieve excellence. It is easy to see why, in the recent OFSTED inspection, Barnsley College was awarded the highest grading in the country. These young people are a credit to the college and to Barnsley.

Congratulations to Colin Booth, the staff, students and governing board of Barnsley College and to the staff at the Metrodome, for an exceptional evening.

On Friday, I had a meeting with two local business leaders, to discuss the town centre and night-time economy. Mollie and I discussed ongoing casework and then I went to Worsbrough Common Primary School where I had been invited to a very special event.

The children of Year 5 had created a film to show how they engage with their community. To do this they had worked with various organisations, the local community and Barnsley MBC – the film included appearances by Judith Harwood, Executive Director of Education and Council Leader Steve Houghton. The school had also worked with eight other schools from across the region. The result was an incredible piece of film, in which they raised awareness of children's issues, including learning, safety and relationships. The afternoon was a great success and the pupils, teachers and parents were very inspiring. 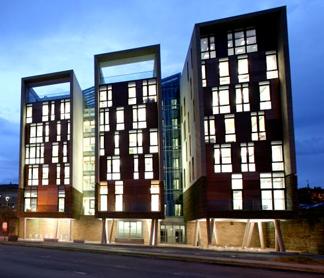 Towards the end of the day, I went to Barnsley's Digital Media Centre to meet with Mel Kanarek, Gareth Scargill and Katie Portman. The DMC is an incredible building, really modern and spacious. It is specifically centred on the creative industries and hosts many businesses and organisations from within this field.  I would recommend you pop in and take a look; there is some great artwork on display.

We had a good meeting and I am looking forward to working with the DMC on a couple of future projects we have in the pipeline – more news to follow! 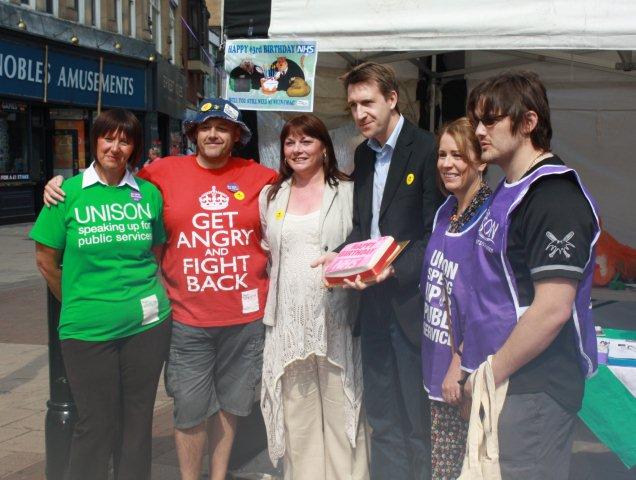 On Saturday morning, I met with a constituent at his business premises, before heading into the town centre, where I was very pleased to support UNISON's campaign for the NHS. Tony Wright, of Barnsley Health UNISON, had done a great job in organising an event to celebrate the 63rd birthday of our NHS.

It is even more vital that we support it at the present time, with the Tory-lead government's plans to privatise it in all but name! 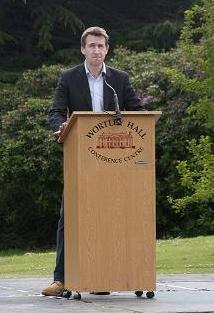 From there, it was straight on to Wortley Hall, for the South Yorkshire Festival. I had been asked to speak and you can find a transcript of my speech here. It is an impressive building and a testament to those who made it the place it is today. The glorious weather meant that everyone had a wonderful day and it was great to catch up with some colleagues and trade union activists.

All in all, it was another fantastic and productive few days in Barnsley.