Dan Jarvis became the first serving politician in more than 60 years to be awarded a military honour as he received an MBE from the Prince of Wales today. 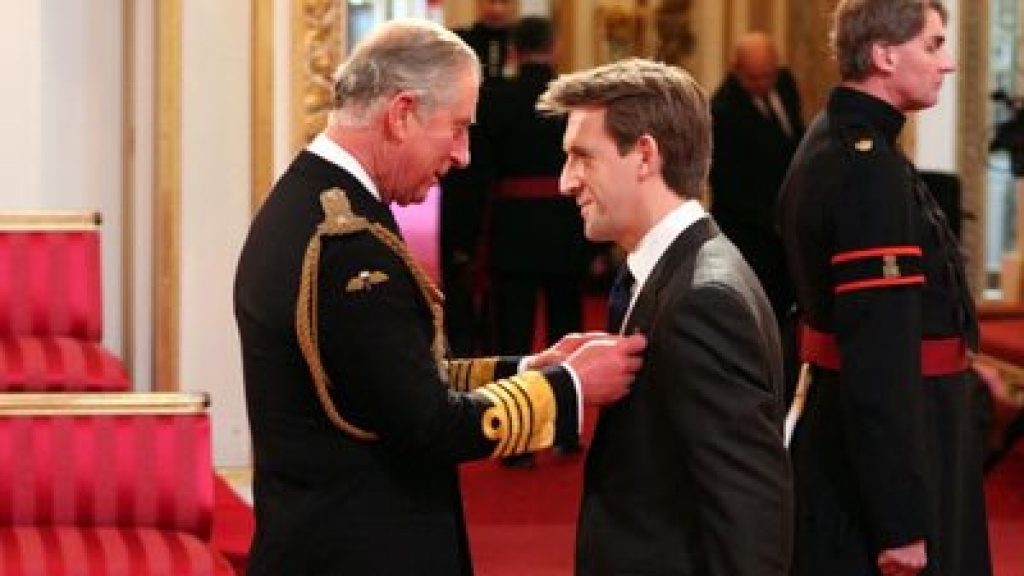 The ex-Parachute Regiment Major, was recognised for services to the Armed Forces and also designing and delivering a training system that teaches troops to spot tell tale signs of improvised explosive devices.

His citation accompanying the MBE highlighted the impact of his work stating: "It has been highly effective and has undoubtedly saved lives in Afghanistan."
The former Special Forces major served in Iraq and Afghanistan during his 15-year military career, and recognised that before deployment troops would benefit from training to identify markings like disturbed earth around devices.
The Labour MP for Barnsley Central described the MBE as a "great honour" adding: "On a day like today, my thoughts are with the family and friends of the fallen. Great Britain is lucky to have the best armed forces in the world and I was proud to serve alongside some outstanding people.
"The Army has afforded me friends and experiences that will stay with me for the rest of my life. I still believe that the Army offers young people in this country exceptional life and career opportunities."
It is believed the last time a serving MP received a military honour was soon after the Second World War.
Earlier this year Mr Jarvis, who lives with his partner and two children in Barnsley, became the first member of the Army in more than 50 years to resign his commission and stand for election to Parliament.
He stood in the Barnsley Central by-election in March, winning the seat comfortably, and has already been made a shadow culture minister.
During his military career the MP was Aide de Camp to General Sir Mike Jackson, in his role as overall commander of forces in Kosovo and as head of the British Army. Mr Jarvis also served as a platoon commander with 1 Para in Kosovo, as Adjutant of 3 Para in Northern Ireland and Iraq and as a Company Commander with 1 Para in Afghanistan.
Do you like this post?
Tweet
Tweets by DanJarvisMP