Over six thousand people in the UK are on the organ transplant waiting list. Last year, 457 people died while on that list. That is 457 lives that I believe could have been saved if we had used an ‘opt-out’ organ donation system. This is because, under the current system, many people simply do not register as organ donors despite their willingness to donate. 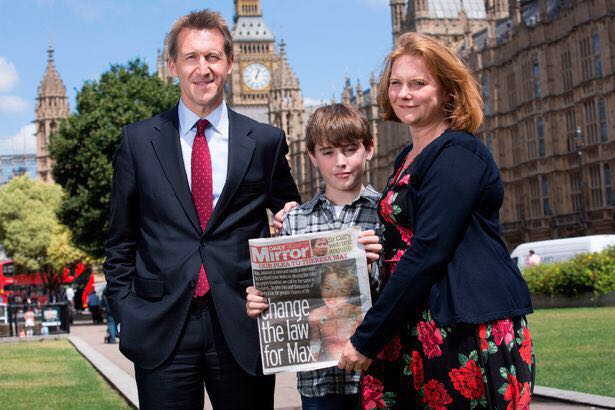 Thanks to campaigns by both the Labour party and the Daily Mirror, the government has announced the launch of a 12-week public consultation on the adoption of an ‘opt-out’ scheme. The government wants to hear your views on things such as: how much say families should have; what safeguards would be necessary; and how a new system might affect certain groups depending on age, disability, ethnicity or faith.

The consultation will ensure that any new system has the right safeguards in place to guarantee that no one’s organs are donated against their wishes. The proposed scheme would be similar to the system Wales have had since December 2015, and that the Scottish Government announced plans for earlier this year.

I understand that some people have concerns regarding the ‘opt-out’ system, and it is vital that nobody feels they are being forced into organ donation. But in my opinion, changing to an ‘opt-out’ scheme is the right thing to do. Knowing the story of Max Johnson will help you understand why.

For seven months, nine year old Max was kept alive by a tiny metal pump in his chest. In August, he received a new heart and is now on his way to making a full recovery. Without this transplant, Max would have joined the hundreds who die each year whilst waiting.

Submit your views to the Government's consultation here.