On Monday night, MPs debated the Hillsborough disaster where they voted unanimoulsy in favour of the full and uncensored released of all government documents relating to Hillsborough... 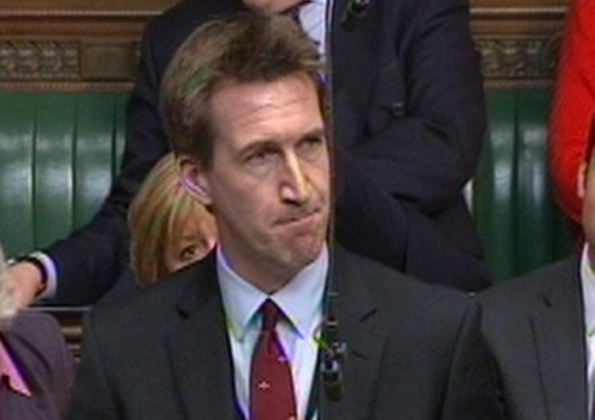 I know that the people of Liverpool and also the people of south Yorkshire and Nottingham, where I grew up, are proud of the work they have done to secure today’s debate. I think I speak on behalf of hon. and right hon. Members on both sides of the House when I say that, having heard their passionate and moving speeches, even more people across the country will be just as proud tonight.

I take this opportunity to congratulate the Government on the introduction of the e-petitions scheme over the summer. I believe that this debate is evidence that we should see petitions not as a gimmick, but as a tool for informing debate on what the public want us to think and talk about. I commend the Backbench Business Committee, chaired by my hon. Friend the Member for North East Derbyshire (Natascha Engel), for its determination that the debate should take place.

I would like to say clearly from the outset that no one in this place should be in any doubt whatever that today’s debate is about reconciling a major injustice.

What happened at Hillsborough was a tragedy first and foremost for the families, but also for the great city of Liverpool, a city that has come together and shown a unique solidarity over the past two decades that we should all recognise.

It was also a tragedy for our police, our politicians and our media, because the myths that my hon. Friend the Member for Liverpool, Walton has described were allowed to surface, fester and, for many, become ingrained as the truth. Today, in this House, we have a chance to put that right.

In order for that to happen, we need to know beyond a shadow of a doubt what the Government documents say. Cabinet minutes to briefing papers, speeches and drafts—all need to be given to the independent panel and all must be uncensored and without redactions. Only then can the panel make a full assessment of what happened, who knew what and why they chose to do what they did.

I very much welcome the statement that the Home Secretary made tonight.

Fifteen years in the British Army means that I am, sadly, no stranger to the loss of close friends and colleagues.

If I learned anything from those difficult times, it is that part of the grieving process for the families involves getting to the truth and knowing all the facts that surround the deaths of loved ones. Although I support the release of any uncensored Government documentation from 1989 to the present day, I wish to make it clear that I believe that it is right, as the Home Secretary and other Members have said, to allow the families to see that information first.

It should be the job of the independent panel, in conjunction with the families, to use its discretion over what files should be released into the public domain. I am of the opinion that the release of distressing images of those who tragically died and personal information, such as contact details and medical records, is clearly not in the public interest and would serve only to inflict greater distress on the families.

I believe that is unacceptable and falls short of the standards that we in Britain should expect from the police, our media and, yes, our politicians.

I was delighted that nearly 100 MPs from nine political parties signed the petition requesting a debate on this issue. It showed the public that we understood the depth of feeling, and my hope is that it shows the families that we as a Parliament are finally serious about securing justice and clearing the names of those who tragically died.

Back in April 1989, I was a Nottingham Forest Junior Red, a devoted supporter of Brian Clough and a great admirer of Kenny Dalglish. I tried my best to get a ticket for the semi-final but I was not able to, so my family and I were spared the ordeal of being present on that fateful day, but the horrors that the fans who were there felt, and the anguish that their families have suffered since, have resonated with people throughout the country.

I believe now that the people have spoken: in just three short weeks over the summer, 140,000 mobilised and signed the petition.

The depth of feeling is overwhelmingly clear, and now we have not only the chance but, more important, the responsibility to act.

The time has come for the families to have their most agonising questions answered.

The time has come for full disclosure.

Put simply, the time has come for justice for the 96. I very much hope that the whole House will support this motion.