Jarvis Calls for Code of Practice for Pubcos

Labour MP Dan Jarvis has today called for a statutory code of practice for pubcos. 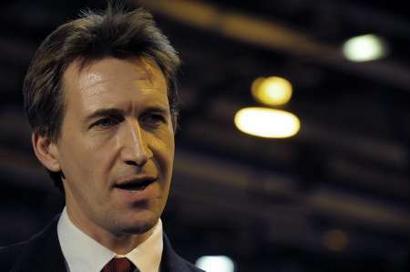 Jarvis who is a member of the Business, Innovation and Skills Select committee and Chair of Labour’s backbench BIS committee, was speaking after the publication of the select committees report which suggests pubcos had made a “half hearted attempt at reform” and that the BBPA had been “impotent” in its timetable for reform.

The report concludes that pubcos had failed to meet the test set down by the previous committee’s report in 2010 which had warned the industry that it was their last chance of self regulatory reform.

Speaking in response, Jarvis said: “It is a decision which the committee has taken with a heavy heart. In principle additional regulation is a burden on the industry and should only be considered as a last resort, but each Committee report prior to this has challenged the industry to create a programme for meaningful reform and that has simply not happened.”

“Vince Cable has given the committee assurances that the government will engage in consultation with pubcos so that the code of practice can become law sooner rather than later.”

“No one wants to see the public being ripped off and unfortunately the committee heard from a number of witnesses who had told us of incidences where tenants had been misled. I don’t want to see pubs cheated. We must act now to ensure proper practice is in place and adhered to.”

“Pubs and clubs in Britain are at the very heart of our communities which provides a form of social interaction which is almost unique to anywhere else in the world and we are losing them at an alarming rate with 25 pubs a week closing.”