Jarvis Hits Out at 'Out of Touch' Home Secretary

Labour MP, Dan Jarvis has responded to the Home Secretary’s announcement that there will be 34,000 fewer police jobs by 2015.
After just 14 months in the Home Office, Theresa May announced today that there is already 4,500 fewer frontline police officers. 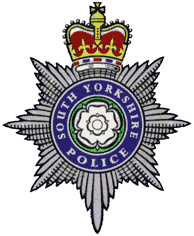 Jarvis, who has experience of his own on the frontline explained, “Today’s announcement is a frightening sign of things to come across Britain. There is no way that you can cut police numbers this drastically and not expect an equally drastic rise in crime. Even more worrying, is that when I speak to police offices from the South Yorkshire Force and from the Metropolitan police - which I do as often as possible, I hear of a vast increase in the number of gun and knife related crime. With fewer officers on the frontline to protect ordinary people from attack, I worry that we are retreating to the early nineties when we saw a year-on-year rise in crime throughout the last Conservative government’s time in office.”

The Barnsley MP then went on to explain how critical police staff are, “I know from when I was in the Army, that is not just the soldiers on the ground that are vital, but it is the support staff who back them up. In the case of the police, it is the people in the response units, answering the phone calls and telling the officers where they need to go. It is the staff that work in the police stations, booking offenders into their cells and completing the paperwork which allows the frontline officers to be out on the streets helping to stop crimes being committed. It is a very narrow view that the Home Secretary seems to have of how a police operation works.

Labour wrned that a 20% cut to the police budget was far too high. Theresa May has refused to listen to anyone since she became Home Secretary. Senior Police Officials have condemned her budget cuts, and today the rhetoric has become reality.

Jarvis, who has twice recently met delegations of police reps from South Yorkshire in Parliament, has been keeping the pressure on the Home Secretary. In a recent question, Jarvis asked Ms May to outline how effective the contrerversial single police patrol measure had been. In the reply, the Home Office stated, “The deployment of officers patrolling on their own, rather than in pairs, maximises visibility and increases engagement with the public, by potentially doubling the policing visibility within a given neighbourhood. However, the deployment patterns of police officers are a matter for individual chief constables, working with their police authorities. No assessment has been made by the Home Office of the effects of single police patrol on the level of crime or antisocial behaviour.”

Speaking after he had received the reply, Jarvis explained, “this simply isn’t good enough and proves that Ministers in the Home Office are not talking to police officers. Single Police Patrol is predominantly deployed in the Met and the PC’s I have spoken to have all explained that single patrol is far too dangerous. Gangs and criminals in and around London are now aware that police officers are out on their own and so have begun committing crimes in bigger numbers, happy in the knowledge that one police officer isn’t enough to make multiple arrests. I believe the public feel much safer when they see police officers, either in pairs or in biger groups, out on patrol or together responding to emergency calls. This is yet another example of how out of touch the government is and frankly, it is dangerous for Britain.”