Labour MP Dan Jarvis joined police officers for a routine patrol around the Barnsley town centre this morning where he spoke with officers and members of the public about the impact of government’s police cuts. 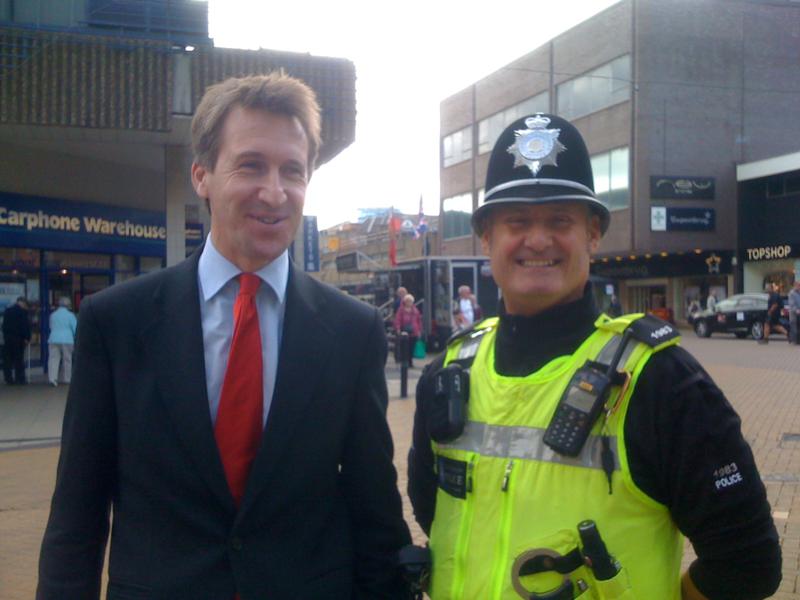 Jarvis explained, “The people of Barnsley can be proud that we have some of the most dedicated police officers in the country patrolling our streets every day and every night in order to keep us safe.”

“Police officers are passionate about their job and passionate about public safety. The officers I had the pleasure of patrolling with each knew the area inside and out. They were all extremely committed and diligent and intimately familiar with the problems the community faces and they made sure they were visible and accessible.”

“Police officers are ordinary men and women that do an extraordinary job. This week I have seen their professionalism and efficiency as they have handled a vast array of situations. And I have learned of the increased pressures that they are under as employment opportunities in Barnsley continue to be scarce, benefits are slashed and the feeling of desperation rises.”

“Throughout my patrol today, in all my many conversations with the police and the public, I am yet to find a single person, a single person that understands why it is that David Cameron and Theresa May are so determined to cut police numbers any more than they have to.”

“Our communities’ safety depends on an effective and efficient police force. Something which is in serious jeopardy under this Conservative-led government. I feel a strong sense of obligation to stand up and support not just the officers themselves but the communities they are there to serve and protect, and I pledge to do all that I can to hold this government to account and force them to rethink these irresponsible cuts.”