Barnsley Central MP, Dan Jarvis, has welcomed the announcement of the new “Live and Learn Like a Champion” Olympic schools programme. 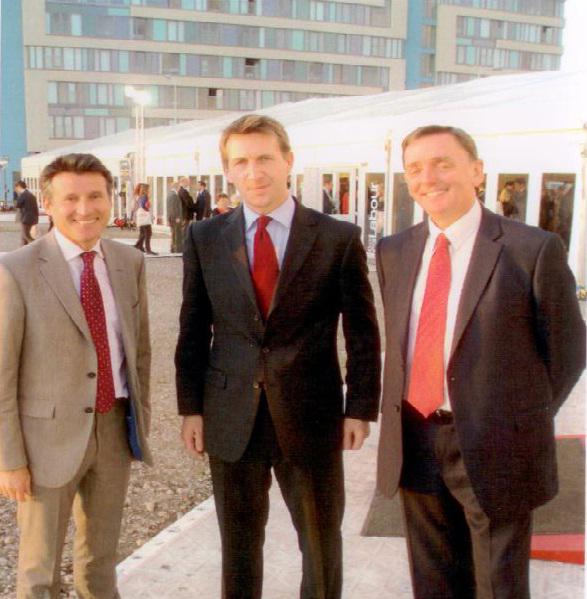 5,000 children in Barnsley will be involved in the scheme which is being funded by the Newham-Barnsley Partnership and the announcement comes days after Seb Coe revealed the Olympic Torch relay will pass through the town.

Jarvis explained, “This is yet another example of the first-class work that the Newham-Barnsley Partnership is doing to bring the Olympic legacy to the streets of Barnsley.

"Across the town, we have used cultural education to celebrate our differences and similarities with the most multi-culturally diverse borough in the nation. We should all be extremely proud.”

“The Live and Learn like a Champion Scheme is an Olympic inspired school resource developed by the CFBT educational trust.

“The scheme, based on the 7 Olympic and Paralympic values, includes resources for teachers, assembly plans, packs and certificates for children, all of which allow students from Barnsley to better understand the values and ideals of the Olympic movement.

“The schools programme is backed by the Physical Education Association, the Arts Council and the Federation of Music Services, and is also Inspire Marked by London 2012 itself.”

Oliver Coppard from the Newham Barnsley Partnership, said, “The Live and Learn like a Champion scheme is the best educational resource linked to London 2012 that I have seen, and Barnsley is one of the only places in the Country to have made it available to so many of its students. We're 200 miles away from where the bulk of the Games are taking place next year but because of our partnership with Newham, we are determined that our kids and our communities are going to make the most of all the opportunities that the Olympic and Paralympic Games can offer."