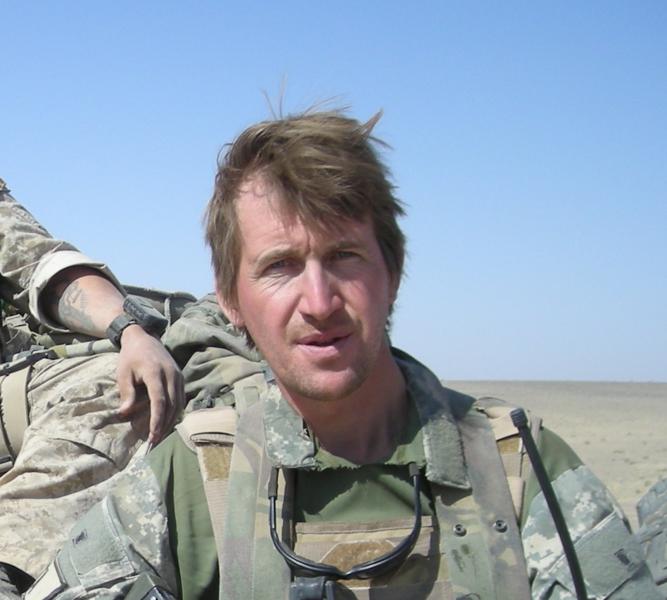 It is a privilege to take part in today’s debate especially at a time when the whole of Britain and the Commonwealth is preparing to mark a weekend of remembrance in the most dignified, unique and here at Home – very British way.
The Great British Sailor, Soldier, and Airman are the best in the world. Throughout our nation’s rich history, Britain’s Armed Forces have never let us down.
Generation after generation of
Excellence and Endeavour,
Courage and commitment
Dedication and delivery.
Never turning away even in the darkest hour – always the first to stand between Home and danger.
It is right that remembrance Sunday is a focal point for Britain and that the whole of the country pauses to remember.
It is right for the country.
It is right for our forces and their families
And it is right for the Fallen.
As I prepare to mark Remembrance Day in Barnsley tomorrow, for the first time since leaving the Army, I am reminded of Sergeant Andy McFarlane from the Adjutant General's Corps who wrote a poem whilst serving in Afghanistan in 2008.
It begins,
The news is spread far and wide
Another comrade has sadly died
A sunset vigil upon the sand
As a soldier leaves this foreign land
Bravery is a word all too often used but rarely earnt.

Those words speak of our bravest men and women who have made the ultimate sacrifice for our country.
Not in the pursuit of personal gain or individual glory,
Not without knowing the risks,
Not whilst surrounded by the comforts of home –
But in a foreign land where danger and uncertainty is in fact the only certainty.

This debate and this weekend, Mr Speaker, is simple;
It’s about the families at home with their loved ones serving overseas
It’s about veterans who live on, carrying the scars – mental or physical
and most of all
most of all it’s about the Fallen.
For two minutes tomorrow, Britain will stand united - shoulder-to-shoulder in remembrance.
Tomorrow, I will be remembering all that have served our country but in particular, my own regiment, The Parachute Regiment.
Amongst others, I will also be remembering the soldiers of The Yorkshire Regiment and the Light Dragoons.
I will be remembering the late Brian Budd VC of The Parachute Regiment and his family.
I will be remembering the late Mark Wright GC of The Parachute Regiment and his family.
I will be remembering the late Barnsley-born Captain Martin Driver of The Royal Anglian Regiment and his family.
I will be remembering the late Major Matt Bacon of The Intelligence Corps and his family.
And I will be remembering the late Lieutenant Colonel Rupert Thorneloe of The Welsh Guards– the highest ranked fatality in Afghanistan - and his wife Sally who joined me in Parliament on Monday.
I will also be remembering the Barnsley soldier from the 4th Battalion, The Yorkshire Regiment, who was killed in Afghanistan yesterday.
Mr Speaker I think I speak on behalf of honourable and right honourable members on all sides of this house when I say that our thoughts are with his family at this most difficult of times.
Every life equally precious and equally remembered.
For those of us that have had the honour of serving, despite often leading very busy lives, every day brings with it quiet moments of reflection and remembrance.
Walking down the long Westminster corridors.
In the lift on the way over to this Chamber.
Sitting behind my desk late each evening.
Every. Single. Day.
For us, it is not just about the 11th Hour of the 11th day of the 11th month.
Every day I find myself pausing to remember friends with whom I have served, but who never made it back to their loved ones.
Every day I find myself thinking about my children and what might have been had I not enjoyed the luck that I did.
Every day I am very grateful. And I remember, every day, the families who will always be missing:
a mother or father,
a husband or wife,
a son or daughter.
I knew ten of the first 100 men and women killed whilst serving in Iraq. At that point, I stopped counting. I had to.
Despite what many believe about the wars and their implications on global security, international legitimacy and the nature of UK-American relations, no one should doubt that those who have fallen were amongst
our very best,
and our very bravest.
They are at the heart of all that is still good and great about Britain today.
I believe we must strive to do better as politicians in shaping the debate about Defence to ensure that the Forces’ Community receives the support that it needs and deserves.
We must remember the last ten years in Iraq, Afghanistan and Libya, contentious perhaps, but our support from government and in Parliament and across the UK, for our veterans and their families must always be unequivocal.
We must remember the value of charities such as the Royal British Legion, SSAFA, Help For Heroes and many others – all of whom contribute so much.
For 90 years the Royal British Legion has been a constant.
A pillar of continued strength for those who have served.
And I believe that their call to leave the Chief Coroner out of the Public Bodies Bill was the right thing to do for all Armed Forces.
We must remember when the shots stop firing and the last bomb has detonated, that our support for our forces is absolute and unending.
When Afghanistan and Iraq are consigned to the history books, our Armed Forces physical injuries and mental recollections of those wars will live on.
Mr Speaker, our veterans deserve not “adequate” not “better” but the best support. On Friday a veteran and his wife, Mark and Helen Mullins, were found having killed themselves in despair.
We, Mr Speaker, must not forget
Those who served but now struggle,
fought but now feel forgotten,
stood-to, but now stand alone.
We, on all sides of this House, have a duty to protect our Armed Forces and ensure that the public support for them endures.
Sgt McFarlane's poem concludes:
Reveille sounds and the parade is done
The hero remembered, forgotten by none
They leave to start the journey back
In a coffin draped in the Union Jack
Mr Speaker, the Fallen.
-       we must not forget and we must always remember.
I know that I am enormously proud to have been in our Armed Forces for 15 years.
I know that this House is enormously proud of our Armed Forces.
And I know that this weekend our great country will demonstrate our pride in the best Armed Forces in the world.
Do you like this post?
Tweet
Tweets by DanJarvisMP