Jarvis, who is keen to better understand how the government’s programme of cuts will affect law and order in the UK, spoke after the visit where he explained, “Labour’s record on crime and conviction was the best of any government in living memory. We invested in the police and the justice system to ensure that victims of crime saw punishment handed out to their offenders.” 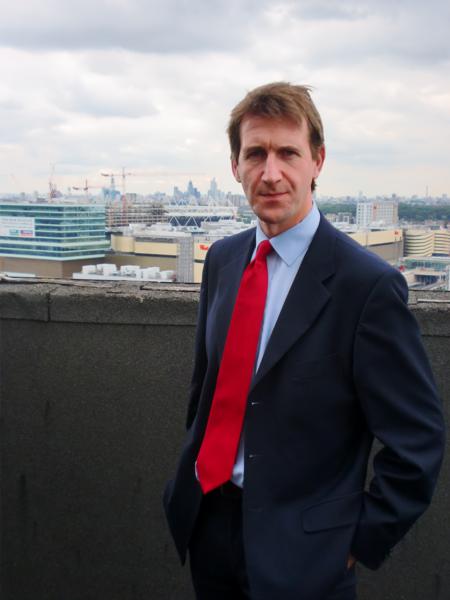 Labour MP Dan Jarvis yesterday visited Doncaster prison as part of his week on the beat with South Yorkshire Police.

“Labour didn't always get it right, however, and I saw in Doncaster prison today, the difficulty, but also the importance, of striking the balance between not being soft on crime but, significantly, understanding the issues surrounding crime.”

“Doncaster prison is a category B prison and houses category B-D offenders. Many of the inmates I met had been drug or alcohol addicts, mentally ill or had serious behavioural issues - and many of them had very limited skill sets. Having spent just a couple of hours visiting the prison, it wasn’t hard to figure out why these men had fallen into lives of crime.”

“And so the prison has sought to address this issue through their rehabilitation schemes which include offering inmates basic English and maths courses, vocational classes and counselling for their addictions. At this point I would like to say how brilliant the prison staff were and their commitment on a daily basis is commendable. They do an excellent job in trying to motivate prisoners to change their lives and take full advantage of the support network that the prison offers, which extends past the point at which inmates are released back into society.”

“As I walked around the prison, I kept thinking about the different impressions I had built up over the years from watching TV programmes, reading books and listening to the media.  Last year Nick Clegg claimed that Labour had made prisons, “colleges of crime.” Now, whilst I wouldn’t like to judge the state of every prison in the country, I can say categorically, that Doncaster prison was no holiday camp. In fact, I couldn’t stop asking myself one question; how bad has your life got to have been on the outside to think that this way of life is so much better?”

“It is a difficult question to answer, and it goes far beyond the remit of one cabinet minister. To tackle crime we must look at families, at communities and at society at large. Raising standards of living in this country has got to be the foundations of reducing our prison population – making it evident beyond doubt to any criminal, that a life on the outside can be so much better than a life in prison. Equally, we need to ensure that our prisons work. Good progress has been made, but there is still a long, long way to go. Our criminal justice system, from the police on the frontline, to judges in the courtroom to prison officers in the cells, must make sure that it serves to prevent, punish and prepare.”