Barnsley Central MP, Dan Jarvis, has today questioned David Cameron at Prime Ministers Questions over his proposed top-down reorganisation of the NHS and the impact on cold weather fatality prevention. 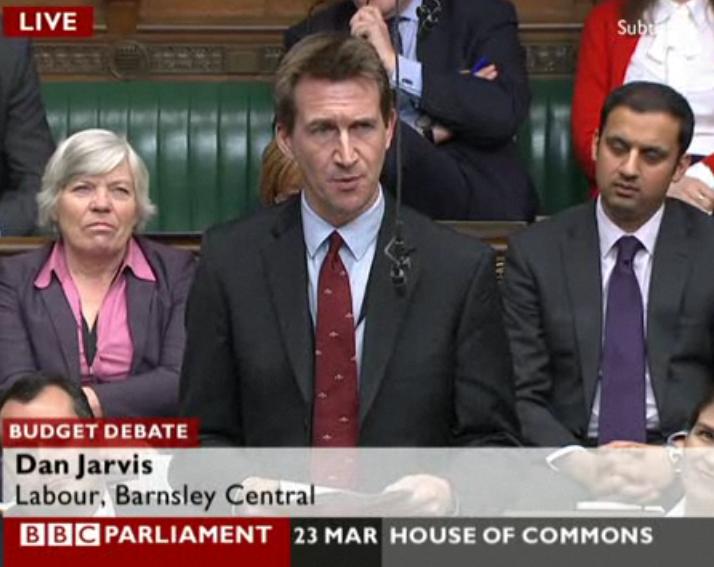 Jarvis used the chance to question David Cameron to raise the issue of cold weather-related deaths. At the end of last year, the former Army Major undertook a series of visits as part of his ‘Care at Christmas’ programme, where he spoke of the need to help the NHS promote preventable measures when it comes to cold weather-related deaths.
Speaking from the floor of the House of Commons, Jarvis said, “This week has seen temperatures across Britain drop
drastically and last winter, over 200 people died every single day from preventable cold weather related illnesses.
“We must do all we can to support the NHS to promote the dangers of cold weather.
“But in Barnsley we have had to set aside over £17million for undemocratic top-down down reorganisation of the NHS. Does the Prime Minister think this is a responsible use of the public’s money?”
The Prime Minister responded by saying that his government had committed to keeping the winter fuel allowance in every year of this parliament.
After the exchange, Jarvis explained, “I don’t think the Prime Minister really understood my question. £17million has to be aside to pay for changing structures, procedures and the finances. It is not being spent on recruiting doctors, surgeons, consultants and nurses. It is not being used to increase the number of hospital beds, to promote vital educational material or to reduce waiting times.”
“The Prime Minister is wrong to demonise the trade unions over this. I have not met a single medical professional, working in the NHS at present, who thinks that Cameron’s reforms are good for the NHS.”
On the issue of cold weather, Jarvis said “Britain already has one of the worst levels of unnecessary winter deaths on the European continent with an average of 200 people dying because of the cold weather each day.

“Across Yorkshire and Humberside over 3,000 old people died last year. The statistics are even more frightening nationally with 24,000 people dying because of the cold. That means that on average, 200 people were dying each day of winter last year as a result of the cold weather.
“Throughout my Care at Christmas visits I promised I would keep the pressure on the government to do more to help people suffering from the cold weather and today I did just that.

“As temperatures in Barnsley are set to drop as low as minus four this week, it is vital that we ensure everyone in the town is ready for the cold weather.”
Do you like this post?
Tweet
Tweets by DanJarvisMP