Shadow Culture Minister Dan Jarvis used his first question at the dispatch box this morning to ask Ed Vaizey when an agreement is expected to be reached between rights holders, search engines and ISPs’ in their bid to tackle copyright piracy which is causing severe damage to growth and jobs in the industry. 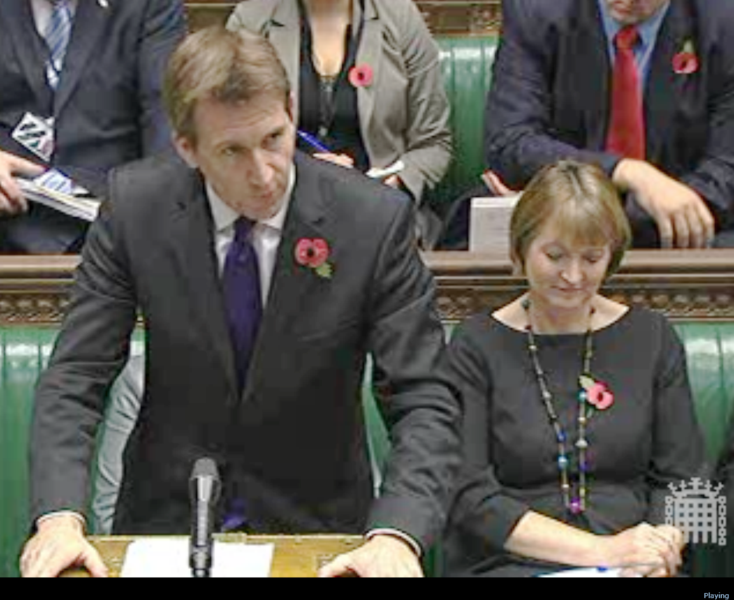 After the exchange Jarvis explained, “In every meeting I have held over the last three weeks, the issue of piracy has come up. It is costing the industry millions of pounds each year and if we don’t get a grip on it now, then we will run the risk of watching leading businesses collapse because of it.

“The government have been very good at avoiding the difficult economic questions by simply blaming the last Labour government for their failing fiscal plan. The creative industries, however, is a glaring example of their alarming economic naivety.

“And whilst I welcome the roll out of superfast broadband across Britain, I think we have to be very careful not to waste millions of pounds of the taxpayers money, especially at a time when the Chancellor is telling us we all need to “tighten our belts” during the “Age of Austerity.” It would be irresponsible for the government to commit to this without protection for consumers and support for business.

The South Yorkshire MP continued, “The creative industries account for 1.3 million jobs and 8% of GDP. This didn’t happen by chance, but by choice. Sustained Labour investment got us to this position.

“The sector’s ability to remain a key driver of growth in the economy is under serious threat by a lack of leadership from this government. Ed Vaizey’s answer today, though welcomed, is by no means the end. I will continue to press him to reach this agreement so that the creative industries stop hemorrhaging money and jobs.

“The government have to act quickly to save jobs. It is now 18 months since the Digital Economy Act was introduced and there is still no leadership to save billions of pounds and thousands of jobs.

“Britain cannot afford to have a quarter of a million people join the dole queue in the next three years and we cannot afford to waste any creative talent. The UK economy needs to take maximum advantage of the potential of our creative industries and harness the fact that we are an island of creativity.

“Jeremy Hunt and Ed Vaizey have failed to lead on this issue and to date, they have failed to achieve an agreement between the rights-holders, search engines and ISPs. There is a momentum throughout the whole of the sector to tackle illegal websites and it is the government’s role to ensure that momentum is harnessed and brought to an agreement.