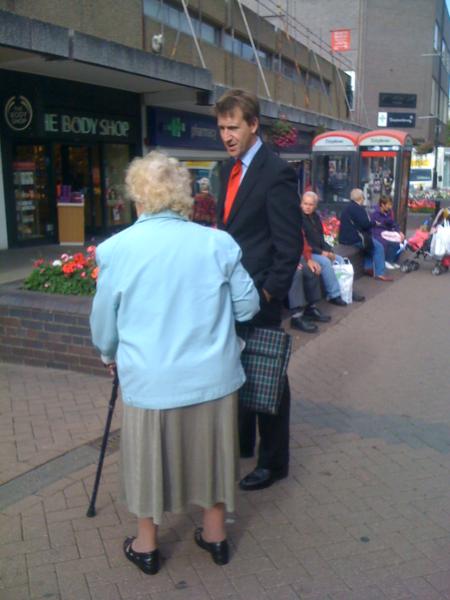 Barnsley Central MP, Dan Jarvis, has responded to the news that Britain has slipped back into recession.

Jarvis explained, “David Cameron and George Osborne complacently boasted that their austerity plan had taken our economy out of the danger zone, but their failed policies have plunged us back into recession.

“I have consistently warned that Osborne’s austerity plan lacked a vision for jobs and growth, and that cutting spending too far and too fast would ultimately backfire. Well yesterday, I was unfortunately proved right.

“The reason why last month’s Budget is such a disaster for Barnsley is not just because it unfairly cut taxes for millionaires while clobbering families and pensioners, it also failed to come up with the plan for jobs and growth Britain desperately needs.

“Not only has our economy shrunk in the last two quarters - a 0.5 per cent contraction, which means we are in recession - but our economy has actually shrunk by 0.2 per cent in the year and a half since George Osborne’s spending review.

“Far from the Eurozone being to blame for Britain’s woes, it was only growth in the EU and the rest of the world which kept us from going into recession earlier on. The reality is that when you exclude exports, the domestic UK economy has now been in recession for well over a year.

“In Barnsley Central, we have 3,098 people on the benefits bill rather than in work and this is largely due to the fact that the Government is not creating a climate that is conducive to jobs and growth. I said last year that the regeneration strategies that this Government have are in no way strategic. They do not inspire confidence in businesses and the bottom line is, if people don’t have money in their pockets, then they have no money to spend in shops.

“This is extremely frustrating when we consider that we have over 3,000 people who want to work, but who are being denied the chance. It’s frustrating that we haven’t been able to secure the private sector investment that we need to create new jobs in the town because I know that there is a brilliant entrepreneurial spirit and business acumen in Barnsley.

“Families in Barnsley have already had a tough two years, and unless George Osborne changes course now, it looks like the next two years won’t get any easier.”
Do you like this post?
Tweet
Tweets by DanJarvisMP