Jarvis Responds to to a report in today’s Financial Times

Dan Jarvis MP, Labour’s Shadow Culture Minister, responding to a report in today’s Financial Times that applications to the University of the Creative Arts in London have fallen by 30 per cent, said: 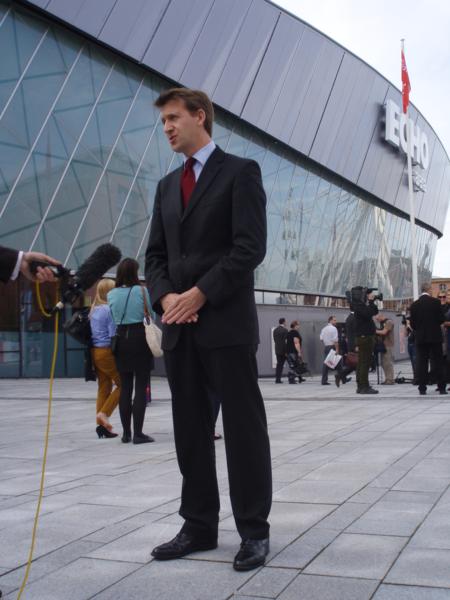 “This is deeply worrying news for everyone engaged in the Arts and the Creative Industries. The Labour Party warned throughout the tuition fees debate that the Arts and Creative subjects would be hit hard by the trebling of fees. Sadly, this has been proved right today.

“The University of the Creative Arts has produced some of this country’s most decorated artists and designers, including the likes of Zandra Rhodes CBE, Karen Millen OBE and Jeff Banks CBE.

“The University’s capacity to deliver the next generation of world leading artists and designers has clearly suffered a setback as a result of the Government’s tuition fees policy.

“Along with other Labour colleagues, I will continue to engage with young people and students as I tour the country, to make sure that they are fully aware of the career paths that a degree in the Creative Arts can afford people, right across Britain. It is essential that we build on the investment delivered by the Labour Government in the Arts and Creative Industries and a fundamental way to do that is to ensure students have the opportunity to study Arts degrees at universities.”