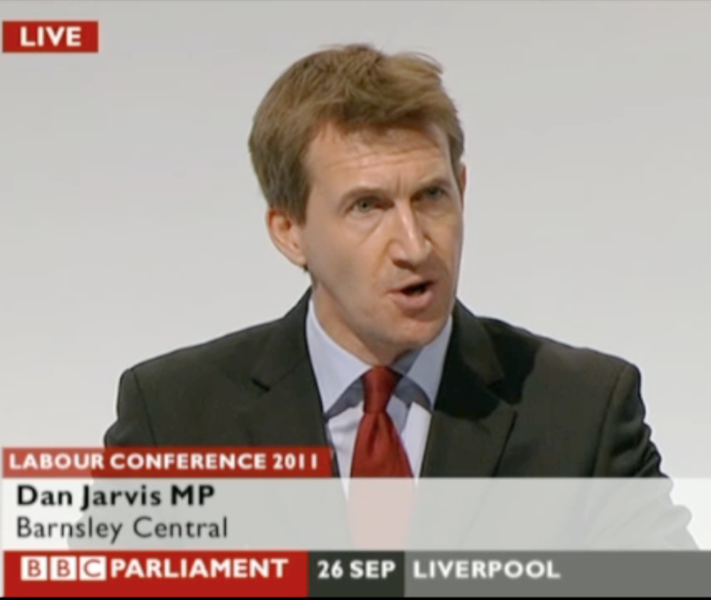 Speaking in Barnsley following the funeral of Private Matt Thornton, Jarvis explained, “Today the Chancellor condemned more young people to years on the dole queue and many small and medium-sized businesses to years of struggling to avoid insolvency.

"It is quite obvious that the government’s economic plan has failed. There is very little consumer confidence with few buying on the high street which is causing businesses to make people redundant, profit margins fall and in some cases close. It's a vicious circle.

“For 18 months the Prime Minister has berated Ed Balls and told him that he is the only person who believes you can borrow your way out of a debt crisis. Today the Prime Minister and his Chancellor will be regretting ever saying that after they announced they would be borrowing an extra £100billion. If they had listened to Labour 18 months ago, the £100billion could have been ploughed into the economy to create jobs, commission public sector construction projects and ensure the economy recovery continued. Instead they choked off the recovery and towns like Barnsley are in for four more extremely difficult years.”

The Barnsley MP, who has worked hard on regeneration since his March election, went on to say, “It is all well and good for the Chancellor to announce an extra £1billion for the Regional Growth Fund, but the truth is, no one knows when this money will be available and which companies are eligible to apply.

“Places like Barnsley need targeted investment. We need infrastructure and a sustained government approach to regeneration which will create an environment conducive to private sector investment. There was nothing in what the Chancellor announced today that gives me any confidence Barnsley can expect that.”