Shadow Culture Minister, Dan Jarvis MP, has delivered a keynote speech at the Library Rally in the Great Hall of the Methodist Hall in Westminster, today where he warned Ed Vaizey that he is in danger of becoming the Dr Beeching of libraries. 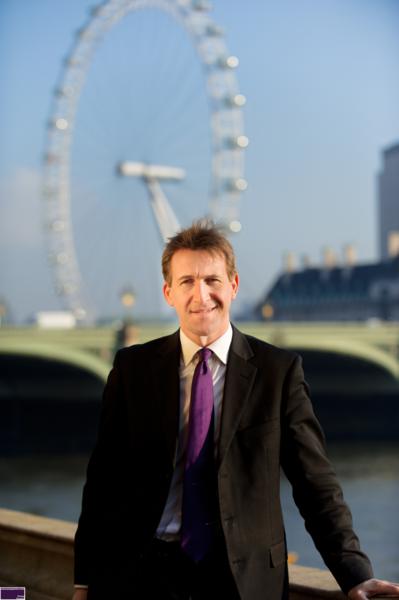 Jarvis said, “It’s a generation since Dr Richard Beeching published a report which led to the closure of a third of the UK rail network, in what was subsequently seen as an act of monumental short-sightedness.

“Today, the threat faced by our libraries may not yet be on quite the same scale - though with around 600 of them currently under threat, and hidden cutbacks in hours, staff and books undermining them from within, it is real enough.

“But the greatest similarity to the 1960s is the lack of vision and the waste of opportunity. Ed Vaizey risks being remembered as the Dr Beeching of the libraries – a man who presided over the decline of what should have been one of our greatest assets.”

Jarvis kept the heat on Vaizey as he said, “The minister has repeatedly said he endorses the approach taken with the Wirral inquiry a few years ago, but I’m not sure what he means by that: he stood by as other authorities cut more deeply and more crudely. He has left it to local campaigners to do his job, by taking library authorities to court at great expense and effort. It’s a stance that seems to be driven more by the government’s political agenda and a desire to avoid having to get involved than by any real concern for libraries.

“A failure to meaningfully intervene under any normal circumstances, or even to issue guidance, surely makes a mockery of the law enshrined in the 1964 Libraries Act.”

The Barnsley MP, who is currently in the middle of a national library tour, had some policy proposals of his own, “The first thing is for government to step up to its responsibilities. As a minimum, the minister needs to know what is going on, and take a view - revolutionary though that may sound!”

He continued, “DCMS needs to have the capacity, expertise and the political will, to identify where things are going really wrong, and then to act appropriately. That doesn’t mean bureaucratic micro-management, but a carefully calibrated set of actions, based on indicators intelligently structured around outcomes and satisfaction as well as service levels. These would provide the basis for a holistic judgment that took into account the wider picture. But as a minimum I don’t think any authority should be able to carry out major closures without proper consultation, and without consideration of alternative cost-cutting measures.”

“Also, the Government should look at creating a national libraries body with the capacity and remit to proactively drive improvement across the network, in co-operation with local government - including reforms to free up money for front line services.”

Jarvis concluded by re-emphasizing, “At a time when six million adults struggle with literacy, when it is estimated that four million children in the UK don’t own a book, when 10 million people have never used the internet, when community amenities and social care are under threat across the country, it seems unforgivably short-sighted not to value what libraries do, and what they could do.”