My Private Member's Bill sets out to introduce a target to reduce Child Poverty. As in life, if you want to achieve something in Government, it is useful to set a target. I believe setting a target would help realise a common purpose to tackle child poverty, which includes communities, employers and government at every level. 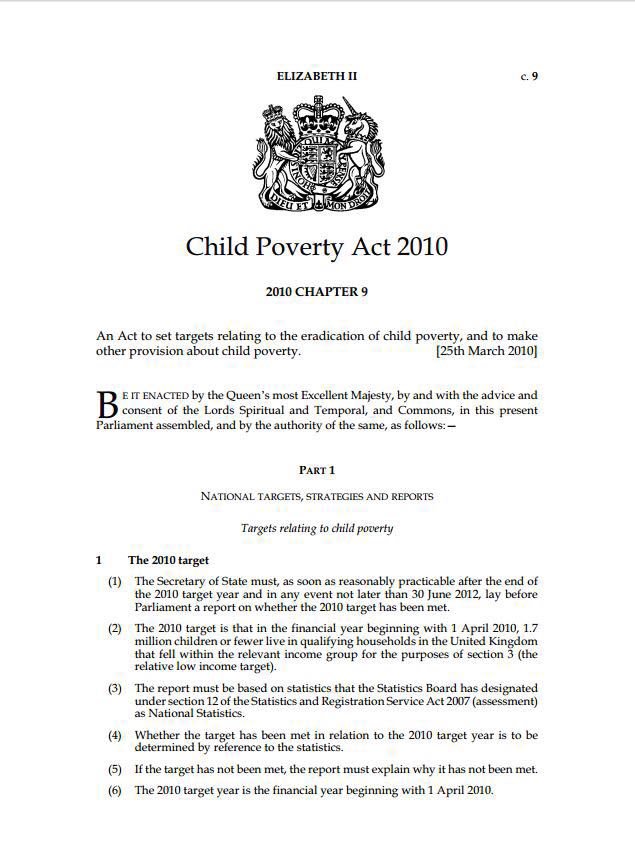 The Bill seeks to: