The Thin Blue Line is Only Getting Thinner

Today I wanted to learn far more about the role of the police support staff given the government’s insistence that a large number of these jobs are non-essential. So I spent the morning working with a team who were putting together plans and briefs for frontline officers. Whilst I was there, I was taken aback by their intricate knowledge of the area, of the problems and of the history of convicted offenders in and around the town. The professionalism of the police in their planning operations reminded me of my time in the Army. 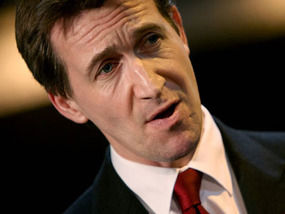 I also noticed that key to the police’s work was the role of CCTV. It is a vital asset for the police, which not only allows them to keep abreast of what is going on across Barnsley, but it also enables them to catch and convict criminals.

There is a direct correlation between unemployment rising and crime rising at the same time. It seems to me that the police are already “running hot."� In other words, they are just about stretched to the limit. Under Labour, crime was falling, but it has stalled under the Coalition government with many police officers believing that even without the cuts to frontline officers, they would still be hard pushed to fight crime.

This is deeply alarming and in itself should be reason enough for Theresa May and David Cameron to revise their budget cut plan for the police.

When I first started out with the police this week, I suggested that one of the major areas of concern I had with the cuts, was around the loss of experience. Three days into my week and I am now even more concerned that government doesn’t understand the significance of what they are doing.

In South Yorkshire, we have had to suffer a freeze in police recruitment whilst at the same time the most senior officers are the ones likely to be culled in the coming years as budgets are slashed. In the long run, South Yorkshire will face a black hole in police experience, which will have a detrimental affect on the police’s ability to protect our communities - just part of the damaging legacy that this Government's cuts will have on our police forces.

In order to break the cycle of criminality we need joined up policing. From the administration staff to the response units to the detectives and the frontline police officers – all of them have a crucial role to play in producing an effective and efficient police force.

I know from my own frontline experience, that no battle is won without support in depth. Police support staff are every bit as responsible for an overall 43% reduction in crime over the 13 years Labour were in office, as the frontline officers were. Their contributions shouldn’t be devalued.